Thyroid surgery may result in a weak voice for many reasons including: 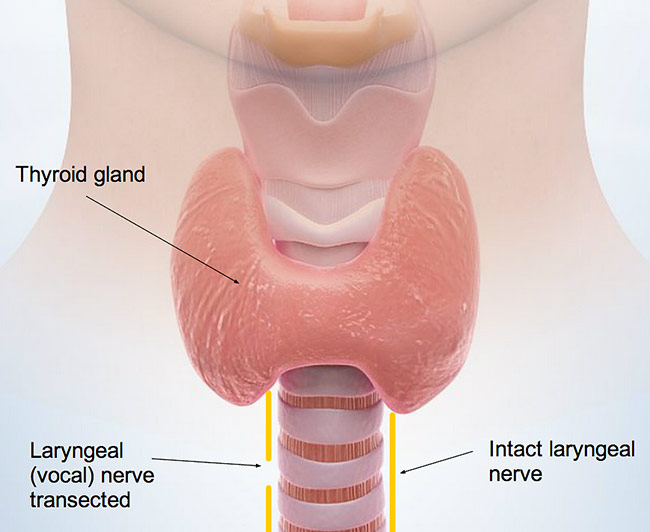 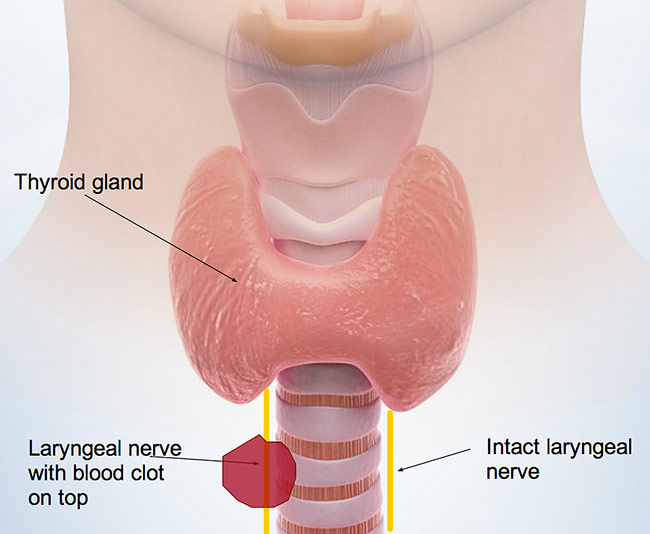